If the IRS has filed a lien against you in county or state records, you may be wondering how this action will affect your credit report.

Do IRS collections, in fact, go on your credit report?

The answer is no — IRS collections do not go on your credit report, though the history of this is a bit confusing.

Tax Liens Used to Go on Your Credit Report

Before April 2018, tax liens used to go on your credit report — and unfortunately a lot of articles online still reflect this.

For example, I had to reach out to an editor at The Balance about this article titled, “What Happens If a Tax Lien Appears on Your Credit Report?”

As you can see on The Wayback Machine, this article used to say as late as November 2, 2022:

However, given that I used to write for The Balance and have an “in,” I emailed an editor there pointing out this error (excerpt of my email is below). 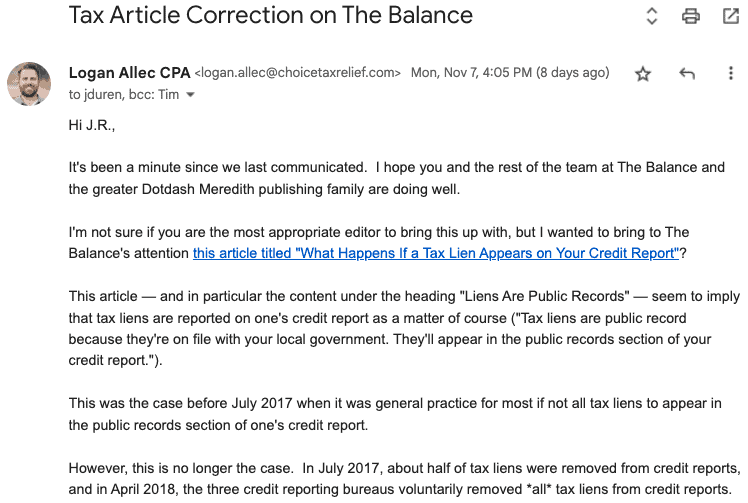 As I stated in my email, before July 2017, pretty much all tax liens appeared on your credit report.

But in July 2017, about half of all tax liens were removed from credit reports.

And then in April 2018, all tax liens were removed from credit reports.

Tax Liens No Longer Appear on Your Credit Report

In a 2018 blog post, Experian stated that the credit bureaus did this because of the results of a Consumer Financial Protection Bureau (CFPB) report indicating that many tax liens were reported on credit reports incorrectly.

The key word, of course, is “voluntary” — nothing prevents the credit bureaus from going back on this general policy and combing through public records data to include whatever information they wish on a consumer’s credit report.

And of course, a lender could always pull public records themselves independent of one’s credit report.

So while it is true that credit reporting bureaus could include tax liens on a consumer’s credit report — and the IRS makes no qualms about this (probably to make tax liens sound as scary as possible) — they are not currently doing as a matter of course.

Can the IRS Take Money Out of Your Bank Account? Bank Levies Explained! 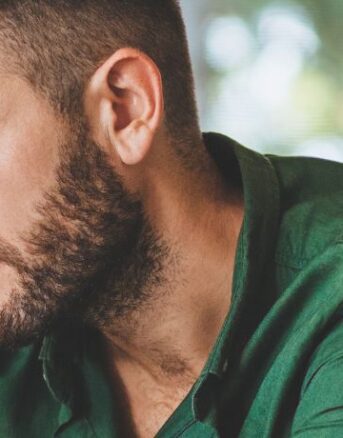 If you have unfiled tax returns, you probably know that you have a problem…. 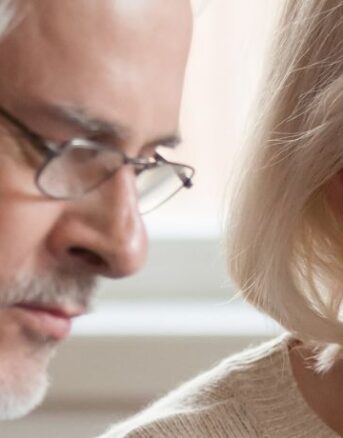