What Is a Federal Tax Lien?

An IRS tax lien is the IRS’s legal claim to your property — including bank accounts and real estate — if you have an unpaid federal tax debt.

Learn what an IRS tax lien is and how it affects taxpayers.

What Is an IRS Tax Lien?

A federal tax lien is the IRS’s claim on a taxpayer’s property to satisfy a tax debt.

Note that the lien exists upon the IRS assessing a tax debt and notifying the taxpayer of its assessment.  When the IRS files a tax lien in various state and local jurisdictions, it is simply making its claim on the taxpayer’s assets public.

For example, shortly after a taxpayer files a tax return — or upon the completion of a substitute for return if the taxpayer has not filed their tax returns(s) — the IRS will assess the taxpayer’s tax liability.

If the liability goes unpaid, the IRS will send a notice demanding payment of the amount owed; at this moment, the IRS has a claim against the taxpayer’s property — a “secret” tax lien, as it were.

Of course, at this point, the IRS’ claim on the taxpayer’s property is a private matter — and the IRS will continue to send the taxpayer notices in an attempt to get them to pay their balance due.

If the taxpayer fails to pay their balance due or otherwise challenge or resolve their tax issues, the IRS will eventually file a Notice of Federal Tax Lien in the public record.

Note that unlike a levy, a lien is not considered by the IRS to be a “collection activity.”

How an IRS Tax Lien Works

Taxpayers who receive more than a certain amount of income during the year — and that amount changes every year — are required to file a tax return for that year and likely has some tax liability to the federal government.

If a taxpayer does not pay their tax in full when they file their tax return, they will receive a bill from the IRS — typically a CP14 Notice — stating the amount they owe.

A part of the IRS’ collection process is filing a tax lien against the taxpayer.

This tax lien is a legal claim, made by the federal government, stating that it has a right to the taxpayer’s current and future property until the taxpayer’s debt to the IRS is paid in full.

While liens will likely negatively affect a taxpayer’s ability to obtain credit, levies are not public record and do not affect one’s credit report.

How to Get Rid of a Federal Tax Lien

There are generally three ways to get rid of a federal tax lien:

Option 1: Pay the debt in full.

Perhaps the simplest way to get rid of a federal tax lien is to pay your tax debt — including not only the original tax liability but also the associated penalties, interest, and possibly recording fees — in full.

The IRS will release a taxpayer’s lien within 30 days after they have paid their debt to the IRS in full.

Let’s say you pay your balance to the IRS in full.

The IRS will then release your lien within 30 days.

Now this problem is behind you forever, right?

While the lien will not affect your credit score anymore — since it no longer exists — it will still show up on your credit report, which could be a red flag to potential creditors.

However, if you get the IRS to withdraw the lien using Form 12277, the IRS will essentially say, “We made a mistake by filing the lien” (even though they didn’t) — which will make your credit report look a lot better.

Option 2: Evade the IRS until the statute of limitations runs out.

At this point, if the IRS does not release the lien, you may request that the IRS remove the lien from the public record.

Note that certain events may cause the limitation on the time the IRS has to collect a tax debt to extend beyond 10 years; learn more in our article on the IRS statute of limitations.

Option 3: Get the lien subordinated.

While only a temporary solution, lien subordination can help you reach financial goals that a publicly-filed federal tax lien would typically get in the way of.

When a lien is subordinated, the IRS is essentially agreeing, for all practical purposes, to put its own interest in a piece of property — such as a house securing a mortgage you are trying to refinance — behind another party’s interest — such as a bank’s or other lender’s.

This will obviously make a refinance or home purchase much more likely to be approved since the lender obviously does not want to be behind another party — especially the IRS — when it comes to loan positioning.

Taxpayers use Form 14134 to subordinate a federal tax lien.

Note that lien subordination is not a guarantee; there must be some basis for it. 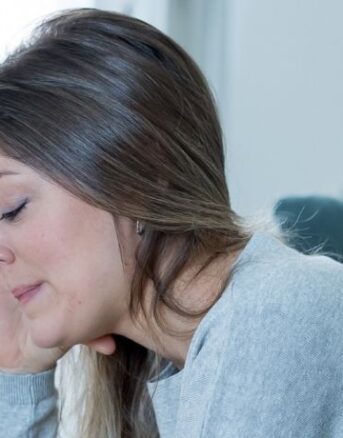 What Happens If You Don’t File Taxes?

What Happens If You Don't File Your Taxes? Consequences of Not Filing!
YouTube Video UCQ9WUXlSuLlbi5BLkgtEUEA_naloeMzyZFQ

Tax Relief Explained: What To Do If You Can't Pay Your Taxes
YouTube Video VVVROVdVWGxTdUxsYmk1QkxrZ3RFVUVBLjYyVGNYSUV0S25R
Load More... Subscribe