IRS SFR (Substitute For Return) Explained by a CPA

An IRS SFR — or substitute for return — is a tax return the IRS files for taxpayers who do not file their own required tax returns.

The IRS has this authority under Internal Revenue Code Section 6020(b)(1), which states:

“If any person fails to make any return required by any internal revenue law or regulation made thereunder at the time prescribed therefor, or makes, willfully or otherwise, a false or fraudulent return, the Secretary shall make such return from his own knowledge and from such information as he can obtain through testimony or otherwise.”

And according to Internal Revenue Manual Section 4.25.8.5(2), the IRS will prepare an SFR for a taxpayer when the tax return due date and extended due date have both passed and all of the IRS efforts to obtain a tax return from the taxpayer have passed.

What Causes the IRS to File an SFR?

Approximately 10 months after a taxpayer’s tax return is due — including the extended due date if the taxpayer filed for an extension — the IRS starts sending notices to the taxpayer’s last-known address letting them know that they should file their tax return.

And if the taxpayer does not heed those notices and does not file their required tax return, the IRS may eventually file an SFR for them.

How Does the IRS File an SFR?

The IRS files SFRs based on income information reported to it by third parties on informational returns such as W-2s, 1099s, and K-1s.

And although the IRS uses this third-party income information to prepare SFRs, it does not use third-party deduction information such as mortgage interest reported on Form 1098.

The IRS also does not estimate a taxpayer’s business expenses against any 1099 income reported to them.

So if a taxpayer who has substantial 1099 income fails to file tax returns for several years, the IRS will likely file SFRs for them that significantly overstate the taxpayer’s tax liability because no deductions were taken on the SFR against the taxpayer’s 1099 income.

Here is how you can find out if the IRS has filed an SFR for you for a given tax year.

If you’ve set up a free IRS online account — which you can do at irs.gov/payments/your-online-account — you can log in to your account, and the first thing you’ll see when you log in is big letters that say “Welcome” and then your name and below that a box indicating your account balance with the IRS.

Here’s an example from my own personal IRS account:

But if you do see an amount there greater than zero, that means the IRS believes that you owe them money.

Of course, this balance could be from years for which you did file a return, but if you click “View Balance Details,” you can see your balance by year. 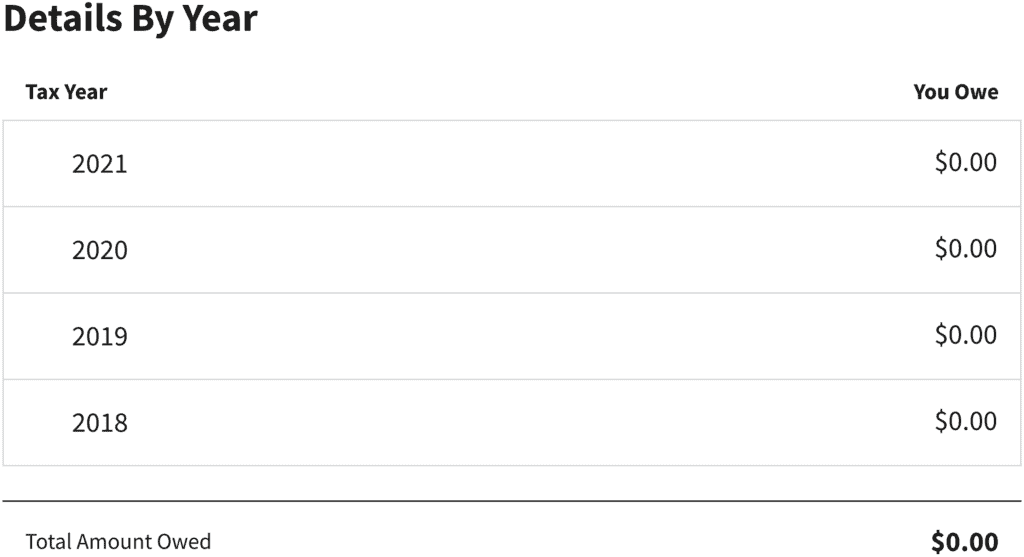 And if you have a balance for a year you didn’t file a tax return for, then that means the IRS filed an SFR for that year and assessed the tax accordingly.

You can obtain online in your IRS account the current account transcript as well as the account transcripts for all tax years — up to 10 years ago so the nine previous tax periods — that had activity within the past three years.

But for many of your tax years beyond three years ago, you may not have had activity within the past three years so what can you do to get those transcripts?

You could hire a tax professional like we have at Choice Tax Relief — we have a direct line with the IRS to pull account transcripts — or you can request them using Form 4506-T.

So when you get your account transcripts for the years for which you haven’t filed, they’ll hopefully look pretty bare — and if they look bare, that means the IRS has not filed an SFR for that year.

Here’s what the top of a typical account transcript for a non-filer looks like for a tax year for which the IRS has not filed an SFR:

There is no assessed balance or accrued interest and penalties because this individual did not file a tax return.

The next section of the account transcript is the section in which some basic information from your tax return or SFR would normally appear.

However, this section would likewise be empty if you haven’t filed a return for the year and the IRS has not filed an SFR for the year.

Note the phrase “return not present for this account” at the lower left of the image above.

And finally, the last section of the account transcript — the “transactions” section — will likely look pretty bare as well, like this:

You’ll likely see a “No tax return filed” note at the top.

At the bottom of the image from the sample transcript above, you’ll also see Code 971 — “Notice Issued CP 0059”.  This indicates that the IRS sent the individual a CP59 Notice, informing the taxpayer that they didn’t file a tax return and reminding them to do so if they are so required.

The IRS may send subsequent notices after the CP59, such as the CP515, CP516, and CP518.  All of these notices use increasingly stronger language to encourage the taxpayer to file their tax return.

But if the IRS did file an SFR for you for a year, you will see a very different-looking account transcript for the year.

You will see amounts in the top part of the transcript that shows what you the IRS believes that you owe them — and these amounts will be based on the SFR the IRS prepared for you. 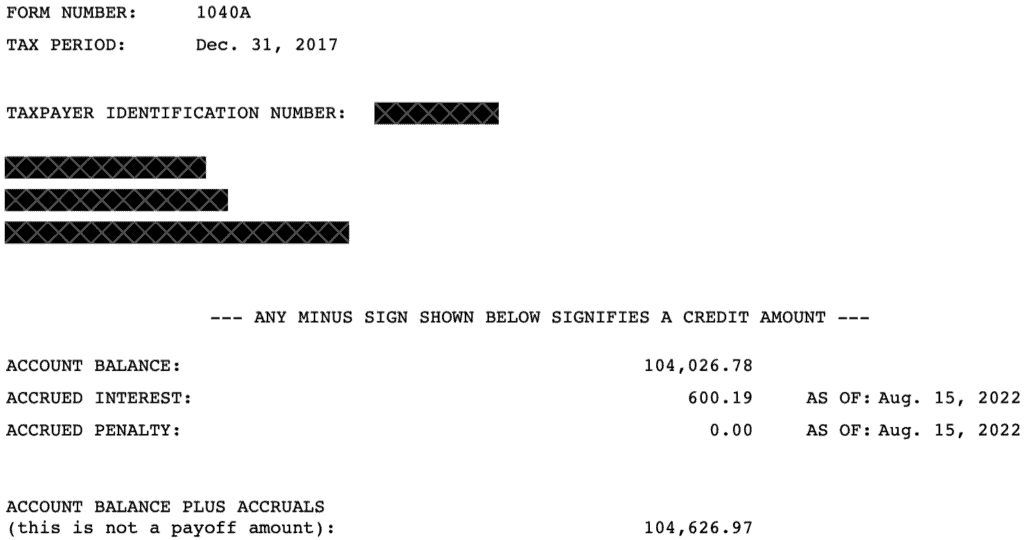 This sample taxpayer was a 1099 income earner, and he hadn’t filed tax returns in a while, and the IRS filed an SFR for him just based on his gross 1099 amount.

And in the “Information From the Return or As Adjusted” part of the account transcript, you’d see — for a non-filer with an SFR — key amounts from the SFR itself.

So in this case, the IRS determined this individual’s adjusted gross income — just based on his 1099 — to be $174,044.  The IRS gave him just one exemption and the standard deduction, assuming his filing status is single — when he was actually married — giving him a taxable income of $163,644.

And the IRS is basing his regular income tax based on that amount and his self-employment tax basically just based on his 1099 income.

And then a little while later you’ll see the actual assessment of taxes, penalties, and interest by exams based on that SFR.

When you make this call, I would recommend you obtain the following information for each year: 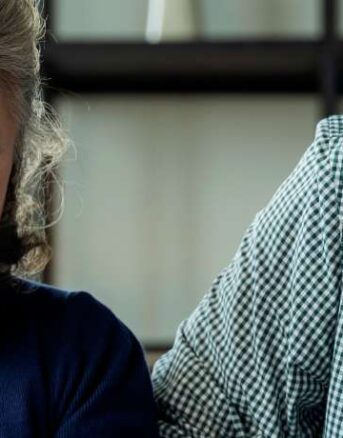 IRS Notice CP91: What It Is and How to Respond 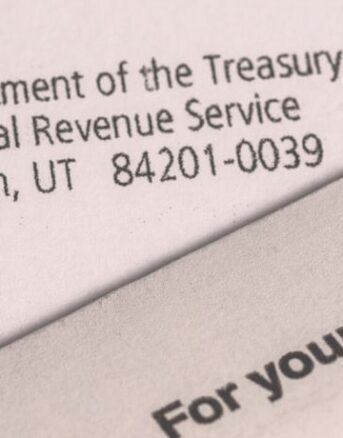 What Does CP Stand For in IRS Notices? 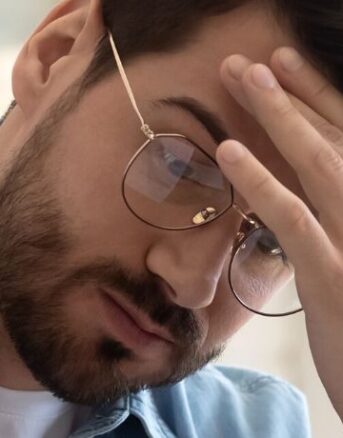 IRS Notice CP501: What It Is and How to Respond